Organisation
At the time the RSC is made up of 94 delegates of 60 years and over who elect a board of nine people, made up of a chairman, two vice-chairmen, one secretary, one chief-accountant and four committee members.

The RSC is made up of the following delegates:
The Deputation of Social Affairs sends 20 delegates.
The independent welfare organisations

and the Jewish Community send 30 delegates
The rest of the delegates are elected through the local advisory councils (Ortsbeiräte) on the basis of one delegate per 4.000 senior citizens of each city district.
Elections are held every four years.

Assignments
The RSC is committed to the interests of more than 145,000 senior citizens living in the city of Bremen being 60 years old and older. It deals with any questions related to age, it is actively involved in plans and measures connected to senior citizens, and is active in counceling (legal or medical counceling is not offered). It is also involved in realizing projects developed by the different teams (s.b.) through its connection with parliamentary committees (City and State Parliament), administration, Federal Association of State Representations of Senior Citizens (Bundesarbeits-gemeinschaft der Landesseniorenvertretungen e.V.) and to other associations, bodies and organisations (governmental and non-governmental).

Teams
The delegates of the RSC can join two different specialized teams. These are

The team „Constructional, residential and transport matters“ on the one hand deals with matters related to residential subjects (e.g. barriers in buildings and houses or appartments, contructional changes in living quarters according to needs of senior citizens) and on the other hand with subjects concerning the situation in public transport, at bus and tram stops as well as those connected to road construction, planning and safety (e.g. lowering kerbs, putting up roadsigns, intersection lighting).

The team dealing with health matters is involved in all aspects of health care as well as health insurance and nursing insurance. Information is gathered and discussed and resolutions are developed up as well as passed on to the appropriate addressees via the delegates and teams. Also the situation in nursing homes and out-patient treatment are central themes of this team. According assignments are also taken over by the senior and nursing home advisory councils.

The team „Politics“ prepares the measurements and means for renewal of reform bills (health reform, retirement reform and and nursing reform) to be passed on to parliament by the board through drawing requests, resolutions, recommendations, parliamentary question etc. according to the necessity determined by the delegates of this and other teams.

The team „Programs and Public Relations“ works on two levels.The delegates working in Public Relations prepare press releases, man information stands at local and regional exhibitions and fairs, and contribute to the monthly paper „Durchblick“ by the RSC. The programs considering citizen involvement offered by this team are developed according to the statutes of the RSC. They motivate and challenge citizens to become practically involved in and work for the realisation of socio-political matters of concern for senior citizens. The work in any project is honorary (voluntary). Examples are:

The team coordinates the programs that are not only reserved for the delegates but are open to public. 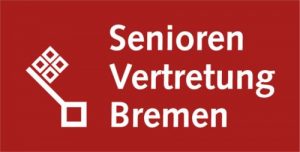 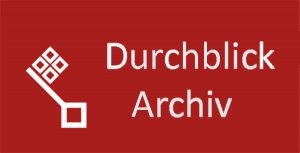 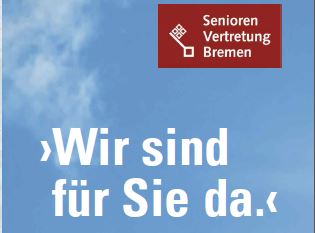